I have been associated with horses for more than 40 years, and my focus has been on dressage riding for more than 30 years. Before this, I was riding eventing, showjumping, racehorses in track work, and various other horse sports. I am available for dressage coaching.

For many years, all my performance horses have been horses we have bred with our stallion A’Seduction, including A Spider Bite (CC), A Heaven Sent (Penny) and A Snap Decision (Snap), and A’Seduction himself of course, until we sold CC in December 2020. 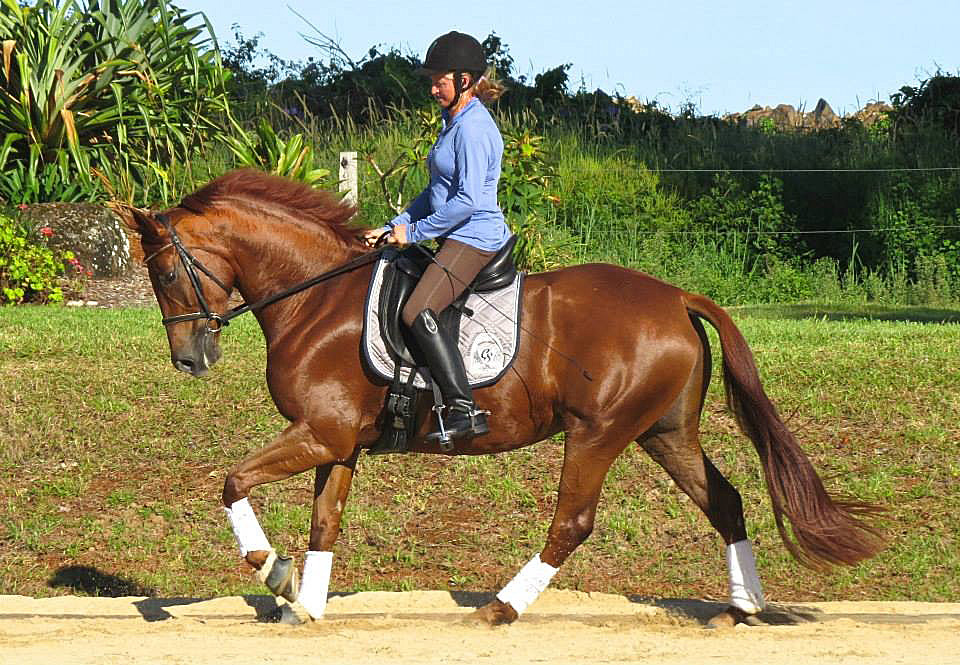 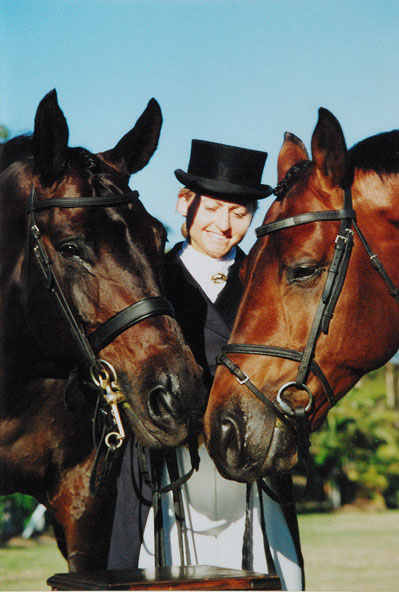 Sally with Assassin and A’Seduction, 2000

Willinga Park
CC:  Inter A, Inter B and KUR

Officiate as a Grand Prix Judge at Australian Championships and Brisbane CDI.

My Dad passed away this year.

The years 2015-2016 have been difficult with personal heartbreaks, a dear friend passing on and our property near Ballina having been acquired by the Roads and Maritime Services (RMS) to make way for the new Highway. Still, in 2016, we have been able to compete twice with CC and once with Penny. In 2015, we have competed with CC at the Brisbane CDI and she placed twice in the top five (2nd and 5th place).

25-28 August  Qld State Championship
CC …won’t do this due to RMS requiring us to vacate by end of September.

“The Power of Pink Dressage” , Tweed Valley Equestrian Group
We won 3 Championships, scored over 70% for 5 out of 6 tests
CC:  both Advanced tests over 70%,  Tweed Valley Advanced Champion
Penny:  Novice, scored the highest percent for the day of the event with 73%
Sydney Boy:  Preliminary, 72% for both,  Tweed Valley Preliminary Champion

1997 and 1998
State Representative and National Champion

1990
NSW Dressage Horse of the Year

1985
QLD Eventing Horse of the Year